EMERGE — a Canada-based e-commerce acquirer and operator — has signed an agreement with BattlBox and Carnivore Club on Monday, Aug. 30, to acquire the two subscription brands in an $18.95-million transaction.

“BattlBox Group will be our largest and most profitable acquisition to date,” said Ghassan Halazon, EMERGE Commerce (TSXV: ECOM) CEO and Founder, in a press release. “[It] provides us with a very capable and disciplined operating team in the U.S. with deep subscription-based e-commerce expertise.”

Read on to learn more about what’s next for BattlBox and Carnivore Club and how the right acquirer can make a difference for your subscription business.

Acquiring a Beast in the Subscription Industry

BattlBox was founded in 2015 and leads the market for outdoor survival and camping gear with its monthly subscription box. Depending on their level of outdoor enthusiasm, subscribers can choose between four different boxes with prices ranging from $29.99/month to $159.99/month.

Carnivore Club is a Toronto-based artisanal meat subscription business founded in 2013. Customers can pick between two boxes in a one-time purchase or subscribe to a box on a monthly, bi-monthly, or quarterly basis.

EMERGE refers to the two brands as BattlBox Group.

A portion of this large subscriber base was drawn in by BattlBox’s hit series Southern Survival, a Netflix Original. The eight-episode series tests outdoor survival products that are featured in the subscription boxes.

When Southern Survival was released in early July 2020, BattlBox’s website experienced a 550% increase in traffic that month. The show was a highly effective and well-executed marketing strategy that resulted in a dramatic increase in brand awareness. It led to a 50% rise in conversions for the company.

This recent success caught the eyes of EMERGE’s leadership. The e-commerce company often looks for niche market leaders that have a solid track record in terms of profitability — along with some untapped potential.

BattlBox Group met all of EMERGE’s criteria and became a prime acquisition target.

Prioritizing a Brand’s Core Values in an Acquisition

The acquisition process looks different for everyone, but an important aspect is making sure that the company acquiring your business has your brand’s best interests at heart.

Prior to signing the deal with EMERGE, BattlBox met with several other potential suitors — including private-equity companies, according to Roman.

“[Other potential suitors] were making arguably better offers from a monetary standpoint,” he said. “But, it was very apparent that it wasn’t going to be a partnership.”

Roman says EMERGE will support BattlBox and Carnivore Clubs in their future growth endeavors. This acquisition will also enable BattlBox Group to accomplish its goals at a faster pace, according to Roman. 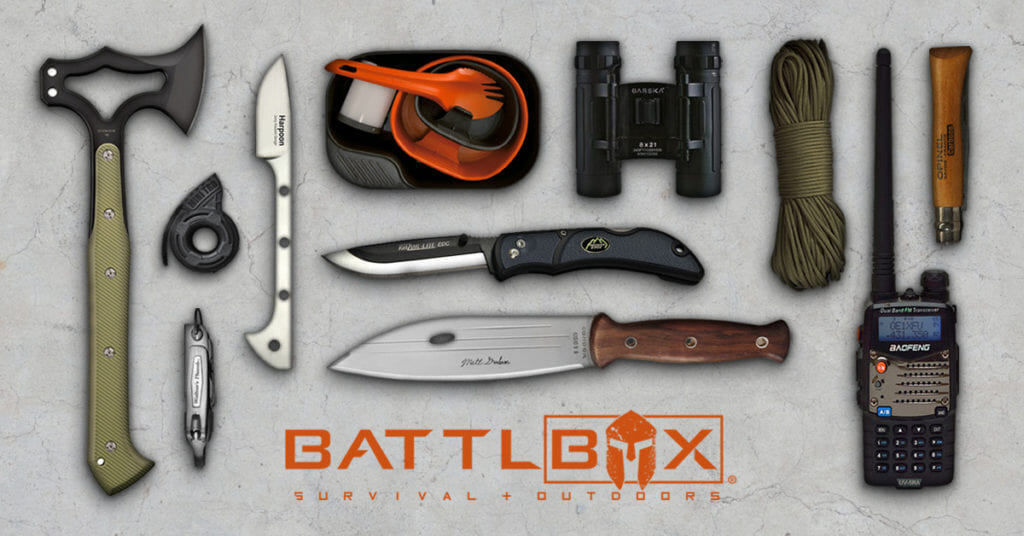 Additionally, EMERGE is promising job security to the BattlBox Group teams, which was a critical factor for Roman.

“Job security is very important, not just for leadership, but for the whole team,” the SubSummit 2021 speaker told SUBTA. “We’ve built this amazing organization, and at the end of the day, they’re a family now.”

“The BattlBox team will continue to have autonomy to run their business while being able to leverage the EMERGE platform,” Halazon told SUBTA. “We believe there is potential for strong synergies between Carnivore Club (…) and truLOCAL with respect to cross-selling as well as the possibility of leveraging shared logistics and facilities.”

The deal agreed upon benefits both sides, broadening the possibilities for growth in the subscription and e-commerce space.

A Win-Win Acquisition for EMERGE and BattlBox Group

BattlBox is a four-time Cube Awards winner and a leader in the subscription industry. The company’s business model played an important role in its valuation prior to the agreement with EMERGE.

The agreement signed with EMERGE will help BattlBox and Carnivore Club generate even more revenue thanks to their partner’s experience, tools, and knowledge.

“EMERGE’s approach towards data is very impressive,” Roman said. “During the due-diligence process, they were really digging into our data and already brainstorming ways to improve.”

BattlBox and Carnivore Club are the most recent subscription businesses that EMERGE has added to its portfolio. Together with truLOCAL — EMERGE’s first subscription acquisition — they now make up the majority of the Canadian company’s revenue.

The subscription business model has many benefits to acquisition companies like EMERGE, “such as improved revenue visibility and cost management, reduced cost of customer acquisition and improved customer loyalty,” said Halazon.

Roman will become the CEO of BattlBox Group upon execution of the acquisition, according to the press release, and expects to see overwhelmingly positive changes to the group’s subscription brands.

“I’m excited about the ideas they’re going to bring to the table,” Roman said. “I’m excited at the synergies, the efficiencies, and being able to market across their entire portfolio. If we could’ve written out the perfect deal [6 months ago], this was it.”

Are you looking to learn more about the latest acquisition trends in the subscription industry? Join SUBTA! We’re a community of doers, excited to share insights, make connections and grow your subscription brand.