A major streaming service and a leading communications provider announced this week the expansion of their digital subscription offerings.

Verizon announced the upcoming launch of +play, a digital hub that allows Verizon customers to purchase and manage their digital subscriptions, on March 3.

Shortly after, Disney+ revealed the addition of an ad-supported subscription tier to its business model on March 4, with plans to launch later this year in the U.S. No details on pricing have been released yet.

Read on to learn how Disney+ and Verizon are widening their target audience through more diversified digital subscription offerings.

Verizon’s +play will grant its customers access to exclusive deals on content services, according to the press release. The company currently provides access to Disney+, Hulu, among others; its newer, notable partners include Netflix, Peloton, The Athletic, and Calm.

Customers will also be able to manage all their subscriptions in one central location at no additional cost. 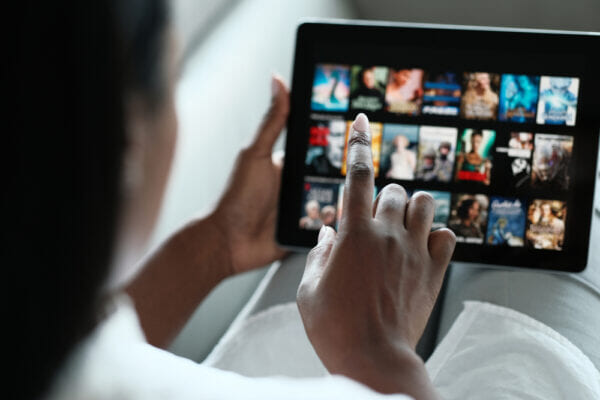 Limited trials of +play will start at the end of March with an expected launch in late 2022. Verizon is expecting this new service to generate “significant new revenues from subscription purchases, increase customer loyalty and improve its market-leading retention rates”, according to the press release.

“It’s interesting to see a major communications player like Verizon take this position,” says Paul Chambers, Co-Founder and CEO of SUBTA. “Verizon’s latest move points towards the future of subscriptions and how integral they are to consumers’ lives.”

Disney+’s ad-supported service will debut in the U.S. in late 2022 with plans to expand internationally the following year, though no official date has been announced yet.

“Expanding access to Disney+ to a broader audience at a lower price point is a win for everyone — consumers, advertisers, and our storytellers,” said Kareem Daniel, Chairman of Disney Media and Entertainment Distribution, in the press release. 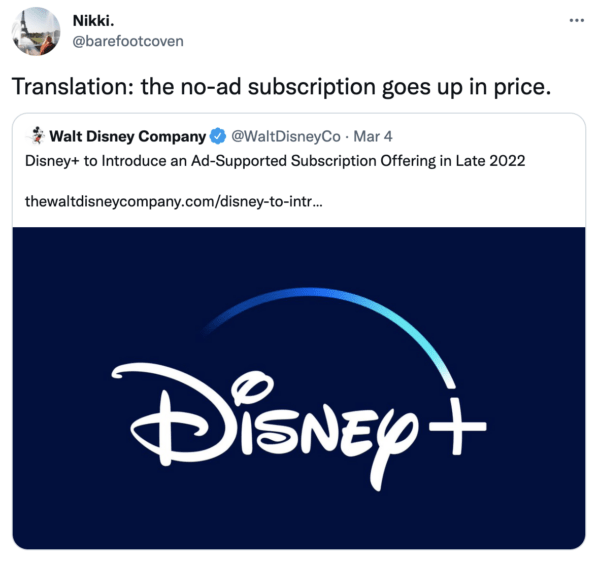 Immediately after the Walt Disney Company announced the offering on Twitter, its followers responded. A few people were excited, with one follower writing, “Interesting! As long as the ads aren’t too intrusive I think this is a good idea!”

However, the majority of responses indicated Disney+ users were uninterested in the ad-supported experience.

One user mentioned that introducing the cheaper offering could result in the ad-free subscription going up in price. So far, the company has not announced any plans to do so.

Both Disney+ and Verizon’s attempts at increasing the value of their respective offerings could bode well with their long-term plans.

Disney+ Wants to Reach its Goals

As of Q4 2021, Disney+ had more than 118 million paid subscribers. The ad-supported offering is “viewed as a building block in the Company’s path to achieving its long-term target of 230 million–260 million Disney+ subscribers by FY24,” according to the press release.

While the ad-supported experience may not be for all, it can be a viable option for those looking to save money, according to data Hub Entertainment Research shared with SUBTA. Nearly 60% of viewers would rather watch shows with ads and save $4-$5 than pay for the ad-free experience.

Ad-supported streaming platforms (like YouTube and Hulu) experienced a 22% year-over-year increase in viewership between 2019 and 2020, with 48.7 billion hours consumed in total, according to Comscore.

The average consumer will subscribe to more than five streaming services by 2024, according to Activate Consulting. Through its additional subscription tier, Disney+ may seem like a great option to a lot of streamers looking for more content to consume.

Verizon Wants to Do It All

Verizon introducing +play as a digital hub for subscriptions empowers the company to attract customers looking for an easy way to manage their subscriptions.

“We are simplified consumers. I don’t want 18 apps. One of those platforms needs to partner up and start simplifying things, like Verizon does with Xfinity,” said John Haji, Co-Founder of SUBTA, last year. “Establishing strategic partnerships to offer services like internet, entertainment, and communication can attract customers looking for convenience.”

A service that centralizes multiple digital subscriptions can be appealing to Verizon’s existing and prospective customers, especially since it would come at no additional cost. 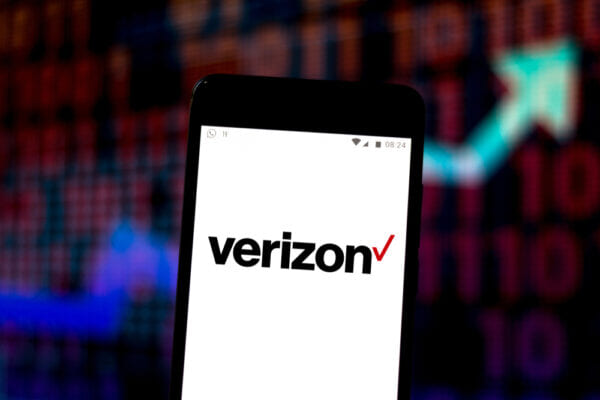 “+play is Verizon’s answer for an easier way to manage subscriptions across any and all devices, and for a more effective way to discover new content,” the press release states.

Want more insights on how to optimize your subscription offering? Join SUBTA today to get access to our supportive community, shared resources, new content every month, virtual events, and discounted tickets to our annual world-famous conference, SubSummit.