As Hollywood continues to pivot its focus toward streaming platforms, award shows are following suit. The 78th Golden Globes held last Sunday was no exception.

What the 2021 Golden Globes Mean for the Streaming Industry

Streaming Services are Competing for Consumers’ Attention More than Ever

In an award-show context, a streaming network’s success is dependent on its ability to produce noteworthy content. This is what draws people in and develops a strong user base. Quality over quantity prevails, meaning each platform must be strategic on what is made accessible to the audience while also doing its best to satisfy consumer demands. Producing quality content is often subjective, but thanks to unique consumer data, streaming companies can leverage analytics to tailor their product to consumers’ wishes.

Now, more entertainment networks are developing streaming capabilities (like Paramount Plus, debuting on Thursday, March 4th), which adds fire to an already saturated market. Streaming services are now shifting their gameplans. Fewer titles stand out to those wishing to make a quick choice for entertainment, which leaves no wiggle room for lesser-known shows to make headway. Networks are curating unique, original content to set themselves apart from the rest. If they fail to meet these standards, they risk losing customers.

The Evolution of the Relationship Between Production Companies and Streaming Services

In-person box office numbers have drastically decreased over the past year due to Covid-19. In 2020, U.S.box office revenue hit a 40-year low and plummeted 80% compared to 2019. As a byproduct of this, production companies are selling their titles to online networks before the usual 70-day time period a movie resides in theatres.

Streaming networks need production companies just as production companies need networks. With the pandemic closing down movie theatres, production companies are looking for networks to buy their movies. For instance, Warner Brothers announced earlier this year it would only release its content on HBO Max. This pledge followed a surge in viewership when Wonder Woman 1984 arrived on the platform last Christmas, on the same day it was released in theatres. On its first day, the movie tripled daily viewing hours for the company.

Jeffrey Kirschenbaum, producer of Golden-Globe-winning drama The United States Vs. Billie Holiday, provided SUBTA with some insights on “Streamywood.”

“Once upon a time, streaming was where movies that traditional studios didn’t want or couldn’t get made went to get released. That all changed in a massive way,” he told SUBTA.

Now, Netflix, Hulu, HBO and company are at the forefront of the industry. “[They] are spending more and making more movies than their traditional studio rivals, and it isn’t just about numbers,” said Kirschenbaum.

“They are able and willing to take on greater creative challenges. For example, mid-level budgeted dramas, which had become a precarious bet for theatrical release, found great success on these digital platforms.”

The relationship between streaming networks and production companies has officially become mutually beneficial.

Award Shows are Needed – Despite What You May Think

Love them or hate them— award shows matter.

Netflix’s six wins between The Crown and The Queen’s Gambit is a significant way for the streaming giant to flex its muscles as a leader in creating engaging, original content. 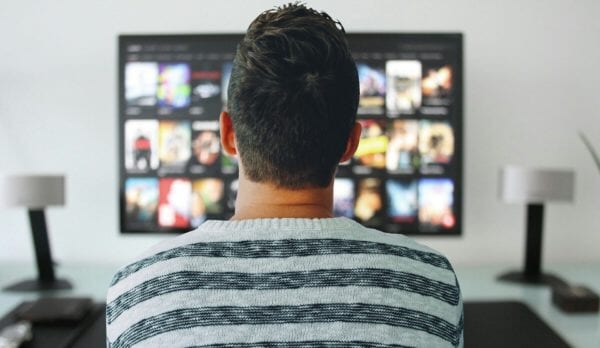 This Golden Globe success has generated buzz on various online forums, such as Reddit. These vibrant online discussions can encourage other people to watch award-winning shows like The Crown or The Queen’s Gambit. An award can turn any show into a social media sensation, which can later turn casual subscribers into die-hard fans.

The Golden Globes hold incredible value for a streaming network’s operation process. Award nominations allow them to gain more press, generate more revenue and pour more money back into their platforms. This money gets reinvested in a network’s smaller-scale projects. An impressive night for Netflix’s The Crown ultimately allows the company to experiment with new, innovative content it might otherwise be limited from.

The Future of Entertainment Lives Online

The 78th Golden Globes Award ceremony is indicative of Hollywood’s virtual pathway. By 2028, the video streaming market is estimated to reach $223.98 billion.

Streaming companies stole the show last weekend. Netflix’s big night is setting the stage for a competitive streaming market. “The gap of content creation is only widening,” Kirschenbaum notes. “This year’s dominance of awards by streaming networks isn’t an anomaly, but a reality we will be experiencing for years to come.”

Are you looking to learn more about the latest entertainment trends? Join SUBTA. We’re a community of doers, excited to share insights, make connections and grow your subscription brand.